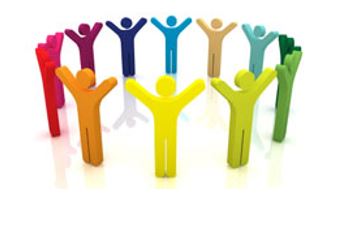 Here’s a great article from the National Institute of Health about evidence that shows our links to others can have powerful effects on our health.

The article cites scientific findings that people who have larger and more diverse types of social ties tend to live longer. They also tend to have better physical and mental health than people with fewer such relationships. Social support may be especially protective during difficult times.

The article spotlights work by Dr. Sheldon Cohen, a psychologist at Carnegie Mellon University in Pittsburgh, who has been exploring the links between relationships and health for more than 3 decades.

Cohen has been exploring whether simply believing you have strong social support may help protect against the harms of stress. “Long-term conflicts with others are a potent stressor that can affect health. But we’ve found that its effects are buffered by perceived social support,” Cohen says. “People who have high levels of conflict and low levels of social support are much more likely to get sick when exposed to a virus. But those with high conflict and high levels of social support seem protected.” In addition, hugging seemed to shield against stress. People who reported having more frequent hugs were less likely to develop an infection after viral exposure.”

“Social ties can have mixed effects on our health. But overall, research suggests that the benefits of interactions with others can outweigh any risks,” the article reports. “It’s generally healthy for people to try to belong to different groups, to volunteer in different ways, and be involved with a church or involved in their neighborhood,” Cohen says. “Involvement with other people across diverse situations clearly can have a very potent, very positive effect on health.”